The Rosete Family in Toys R Us

This shot was inspired by the awesomeness of Joanne and Jonathan Encarnacion of Encarnacion Photography. When they did their anniversary session in IKEA, I thought wouldn't it be an awesome idea to take my brother's family pics in none other than Toys R Us. It was going good for a while, but I need to do this session again. It was too much fun for the kids and me; on top of that, there was just too many people the day after Christmas (then again, maybe going after Christmas was not an awesome idea in itself). I still was able to get this dope shot though!

Photo taken by yours truly =) 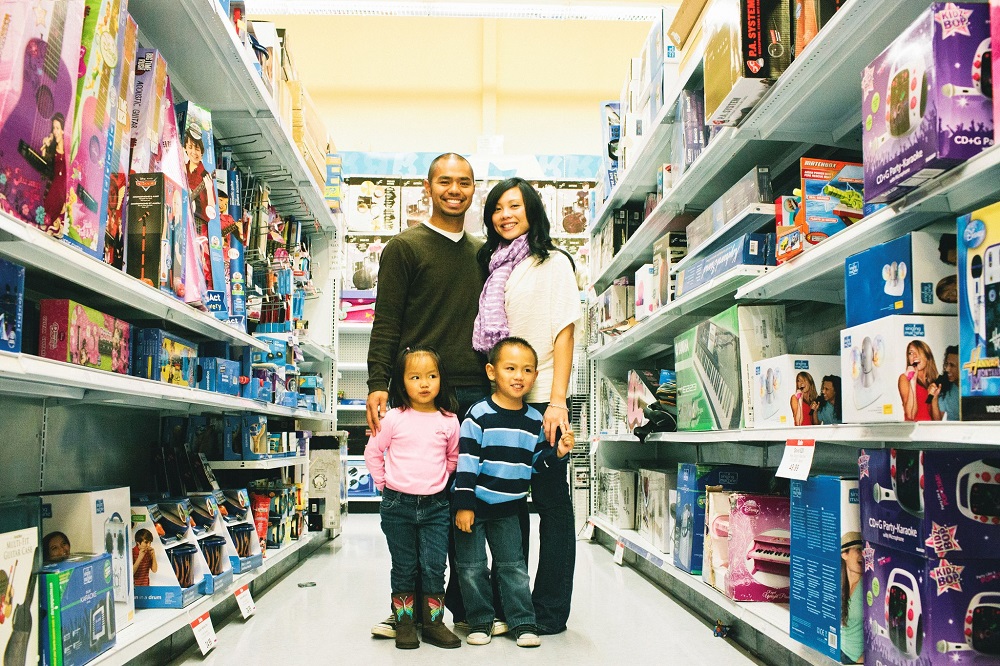